Police ‘always had that feeling’ a killer lurked in the Gay Village, McArthur investigator says 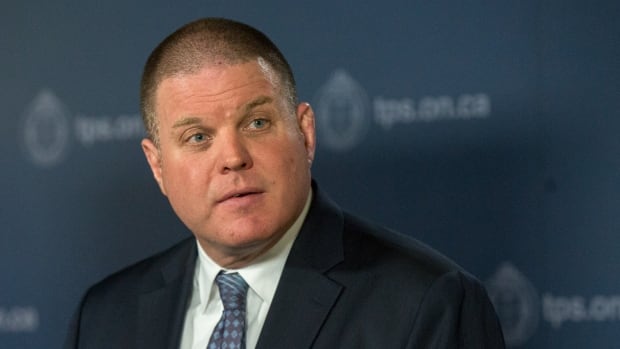 ​The lead detective investigating alleged serial killer Bruce McArthur says police knew “something was up” with disappearances from Toronto’s Gay Village in 2012.

“We’ve always had that feeling,” Det.-Sgt. Hank Idsinga said of police hunches that a killer may have been preying on men in the Church and Wellesley neighbourhood. Some LGBT residents say there’s been open speculation within the community about that possibility for years, and that those fears were communicated to police.

“Until I have that evidence, I can’t say it. And that’s what we dig for,” Idsinga told CBC News.

In 2012, Idsinga was among investigators assigned to Project Houston. The task force was struck to probe the disappearances of Majeed Kayhan, Skandaraj Navaratnam and Abdulbasir Faizi, who all went missing in the two years previous.

Police now allege McArthur killed all three men, as well as five others — three of whom were subjects of a later missing persons task force called Project Prism. McArthur now faces eight counts of first-degree murder and is currently being held at Toronto South Detention Centre.

McArthur’s arrest and initial charges came just over one month after Toronto police Chief Mark Saunders said publicly that there was no evidence of a serial killer.

According to Idsinga, investigators with 51 Division — who looked into the disappearances of Kayhan, Navaratnam and Faizi prior to Project Houston — discovered evidence that Navaratnam may have been killed.

“We investigated that piece of evidence for six months until we were able to eliminate it,” Idsinga explained.

“It’s easy to say in hindsight now ‘well you should have known something is up.’ Well we did know that something was up, we just didn’t know what it was and we didn’t have any evidence of what was going on,” he said.

‘It was sickening, and it was angering’

Toronto police found the remains of at least seven men at a home on Mallory Crescent, where they say McArthur worked as a landscaper. (James Morrison-Collalto/CBC)

That has clearly changed, as police feel confident enough in their case to lay eight first-degree murder charges against McArthur, who worked as a landscaper.

Among the recently uncovered evidence were the remains of at least seven victims found in large garden planters at a Leaside home.

Idsinga, a veteran investigator, said cracking open a planter in the morgue and finding a human skull was an emotional moment.

“It was sickening, and it was angering,” he recalled.

“I was very angry at the time. That this had happened. That this had gone on in this city … I’ve been working in the city for almost 30 years doing police work, trying to keep the city safe. And realizing this has gone on, it angers you.”

On Monday, Idsinga revealed that McArthur’s eighth alleged victim has been identified as 37-year-old Kirushna Kumar Kanagaratnam, a Sri Lankan migrant who a friend says applied for refugee status after arriving in Canada in 2010.

Idsinga said it’s too early to comment on how Kanagaratnam made his way from B.C. to Ontario, or how he may have known McArthur.

“We’re still looking into Mr. Kanagaratnam’s background and his movements here in Canada. I don’t know the status of his immigration claim. We are aware that he came here in 2010 and we’re trying to figure out what his movements were between 2010 and 2015,” Idsinga said.

“Hopefully we get some answers to those questions.”

The core investigation team of 10 full-time officers, as well as a number of OPP officers, investigating McArthur has now turned its focus to cold cases as far back as 1975.

Between 1975 and 1978, 14 men from the Gay Village turned up dead. It was widely speculated at the time that the slayings were the work of a serial killer, though police never said so.

“And while I have no evidence whatsoever linking Mr. McArthur to any of these cases, we are definitely looking at them,” he said.

“Obviously if that happens it’s going to open new doors.”