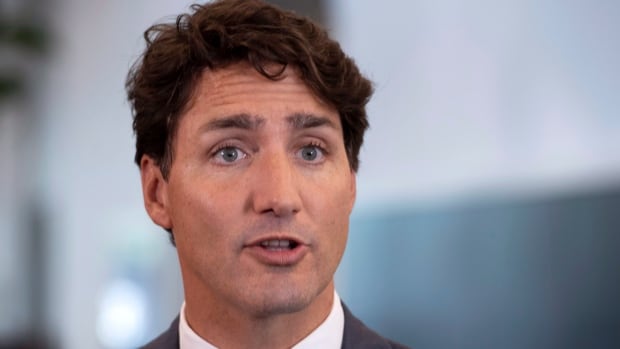 Prime Minister Justin Trudeau says his government will defend Canada’s best interests in any new NAFTA deal, after a report that Donald Trump told a news outlet the United States will make no compromises in any agreement with Canada.

The Toronto Star reported Friday on comments Trump made, apparently off the record, in an interview with Bloomberg News. The U.S. president reportedly said his position was “going to be so insulting they’re [Canada] not going to be able to make a deal.” CBC has not independently verified the comments.

Asked about that report Friday, Trudeau said Canada will continue on a positive path forward in NAFTA talks.

“We’re going to remain constructive, positive, serious and creative about what we do around the negotiating table, in what we do in relation with the United States,” he said in Oshawa, Ont. “But we are also going to be unequivocal about always standing up for Canadians’ rights and Canadians’ interests.”