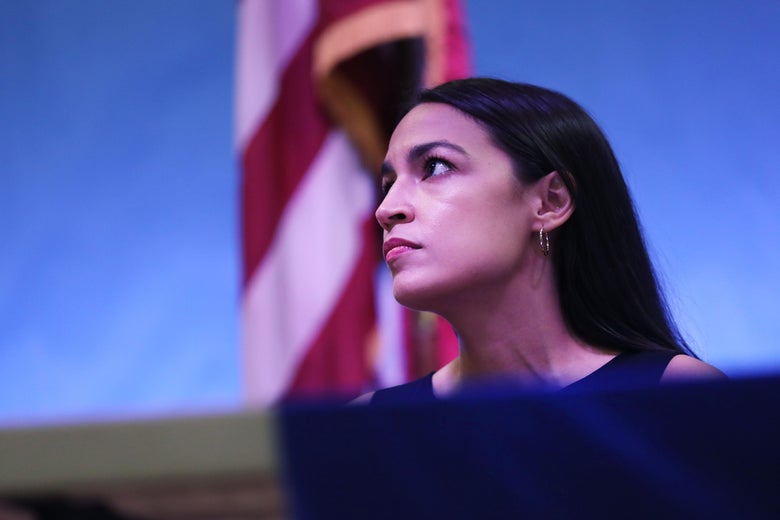 A police officer in Gretna, Louisiana wrote a Facebook past last week that suggested Rep. Alexandria Ocasio-Cortez, whom he characterized as a “vile idiot,” should be shot. The lawmaker “needs a round … and I don’t mean the kind she used to serve,” officer Charlie Rispoli wrote in a since-deleted Facebook post. Nola.com was first to report on the post by the Gretna police officer who has been in the force since 2005.

The department’s police Chief Arthur Lawson called the post “disturbing” and said it would appear to violate social media policies. “I will tell you this: This will not go unchecked,” Lawson said. “I’m not going to take this lightly and this will be dealt with on our end. It’s not something we want someone that’s affiliated with our department to make these types of statements. That’s not going to happen.” At the same time though Lawson said he didn’t believe the post actually rose to the level of an actual threat against the lawmaker. “Whether you agree or disagree with the message of these elected officials and how frustrated you may or may not get, this certainly is not the type of thing that a public servant should be posting,” he added.

Ripsoli made the comment about Ocasio-Cortez while linking to a fake news story that claimed the lawmaker said that “we pay soldiers too much.” The article was from satirical website Taters Gonna Tate. The post was deleted by Friday afternoon and Rispoli appeared to have taken down his whole Facebook page by Saturday.

Trump is going to get one of these Congresswomen murdered. This is terrifying. I’m legit scared for them.

The post came at a time when Ocasio-Cortez and other freshman progressive congresswomen have faced attacks from President Donald Trump, which has led to increased concern about their safety. Earlier this year, a New York man was arrested for allegedly threatening to kill Rep. Ilhan Omar. News of the post also comes at a time when social media posts by law enforcement officers are increasingly under scrutiny.

Help us continue covering the news and issues important to you—and get ad-free podcasts and bonus segments, members-only content, and other great benefits.