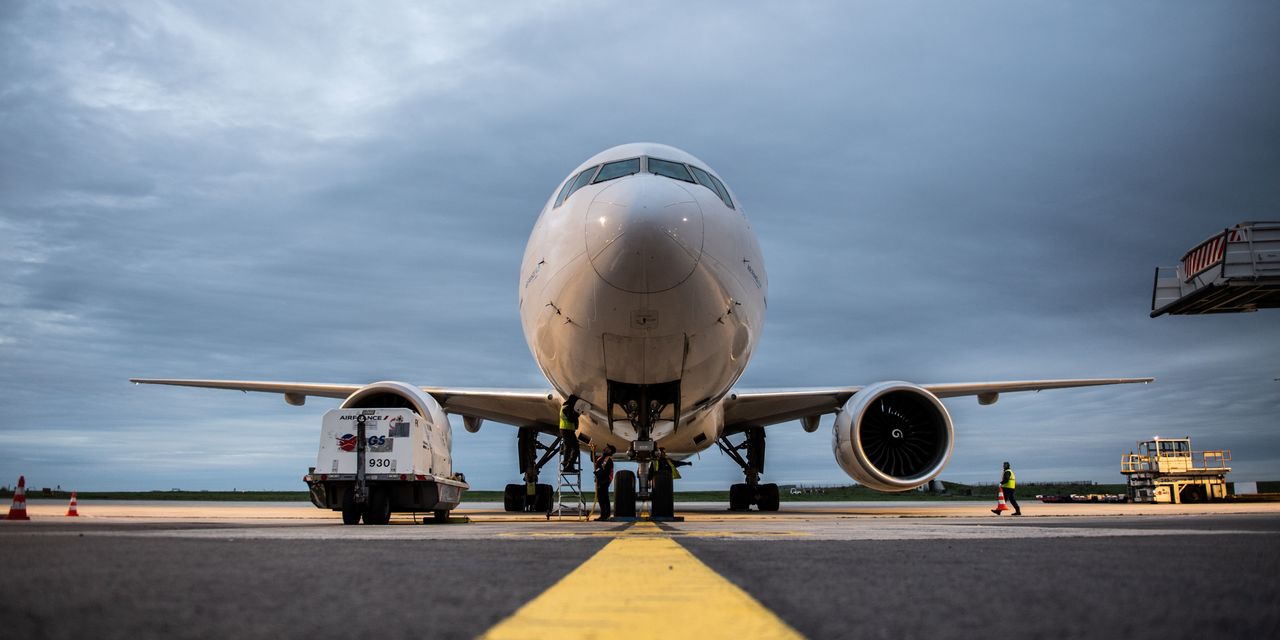 Airplane builder Boeing delivered 380 planes in 2019, down from 806 planes in 2018. The gap, 426 jets, is accounted for almost entirely by the commercial aerospace company’s problems with its 737 MAX jet.

Looking deeper into 2019 deliveries shows another trend that investors in Boeing (ticker: BA) should follow in coming quarters—falling Chinese deliveries.

China is an important market for Boeing. It accounted for more than 22% of total commercial-jet deliveries in 2017 and 2018. But in 2019, deliveries to China fell to about 12% of the total, amounting to 45 planes.

The MAX, of course, is part of the decline in number and share, but it isn’t the entire story. Chinese airlines—including Air China and China Eastern Airlines —have ordered 185 MAX jets in total. Since 2017, 81 MAX jets have been delivered. It is likely China’s share of Boeing deliveries would have fallen even if all the remaining MAX jets arrived last year.

As is the case with many U.S. manufacturers, trade is part of the story.

“The U.S.-China trade situation has presented challenges for our wide-body production plans,” former CEO Dennis Muilenburg said on Boeing’s third-quarter earnings conference call in October. “The lack of orders from China in the past couple of years has put pressure on the production rates.”

Wide-body jets have two aisles. Narrow-body jets, such as the 737 MAX, have a single aisle.

The order pause is one reason the phase-one trade deal with China is significant for Boeing. The deal, which was signed Wednesday, includes $200 billion in purchases of U.S. goods over the next two years. China, presumably, will buy big U.S. exports such as soybeans and planes.

“Boeing has a long-standing partnership with China that spans nearly 50 years,” reads a statement released after the signing. “Boeing applauds Presidents Trump and Xi as well as Vice Premier Liu, Secretary Mnuchin and Ambassador Lighthizer for their leadership in building a fair and mutually-beneficial trading relationship between the United States and China.” Boeing, when asked, said it didn’t have details on what China is planning to buy.

Looking ahead, China is important for Boeing because, well, it is important for everyone. Since joining the World Trade Organization in 2001, it has accounted for more than its fair share of global economic growth. Plane deliveries have exploded. China took delivery of more than 1,110 Boeing jets over the past decade, up 333% over the prior decade.

Boeing, of course, realizes the significance of the Chinese market. The company opened a manufacturing facility in China in 2018 for finish work such as installing seats. Putting capital on the ground and employing Chinese workers is one strategy Boeing appears to be pursuing to maintain market share. It doesn’t want to cede the growing market to Airbus (AIR.France) or Comac, short for the Commercial Aerospace Co. of China.

Comac is designing a single-aisle jet, called the C919, but it hasn’t gotten much traction, collecting only about 300 firm orders since the plane’s inception many years ago. The 737 MAX and the competing Airbus jet, the A320 NEO, have more than 10,000 similar-size jets in backlog. Boeing hopes to keep it that way. And trade detente with China could help prevent Chinese order and delivery trends from becoming a larger issue for Boeing stock.

Boeing shares are down more than 20% since the March crash of a MAX airliner, the second of two crashes in a span of five months. That compares with comparable gains of the S&P 500 and Dow Jones Industrial Average. Airbus stock is up about 20% over that same span.

The MAX—Boeing’s latest-model single-aisle jet—has been grounded worldwide since the second crash and Boeing has been working with global aviation authorities to return the jet to service. Current Wall Street estimates place the jet back in the skies by late first quarter to early second quarter 2020. Airlines, such as American Airlines (AAL), have removed the MAX from their schedules through June.

Write to Al Root at allen.root@dowjones.com