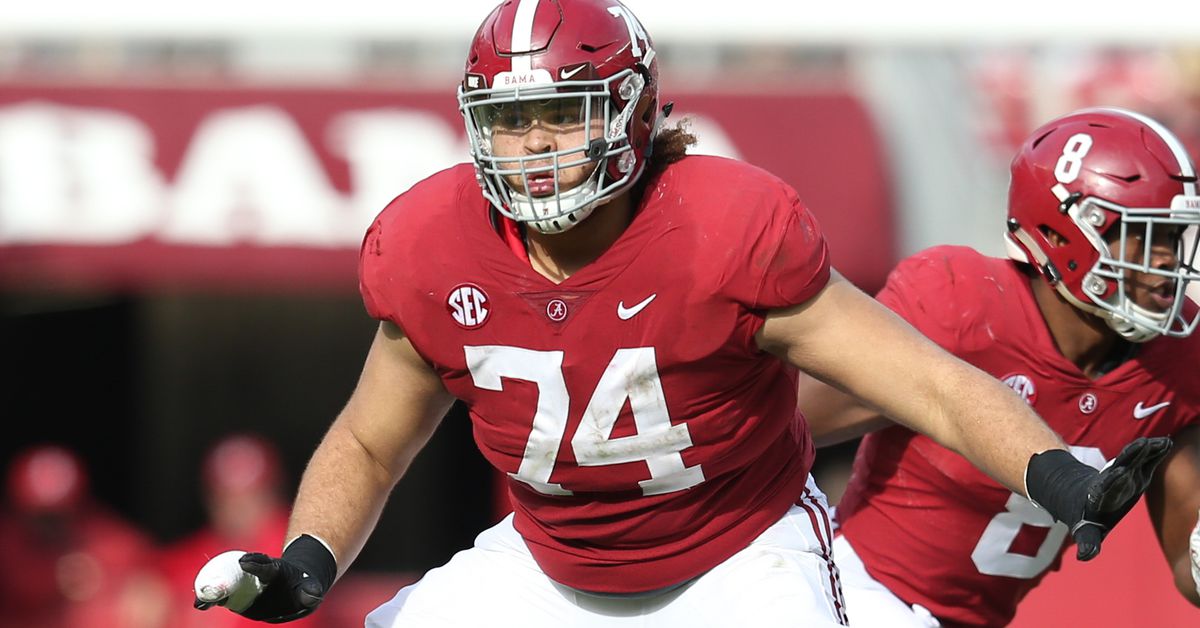 It is now the offseason for all but four NFL teams with only the conference championships and Super Bowl remaining on the NFL’s post season calendar. That also means that it is Draft Season for almost all of the league — and if we’re being honest, it has been Draft Season for the New York Giants for a couple months now.

And with Draft Season comes constant mock drafts. Boards will be incredibly fluid over the coming weeks and months as underclassmen declare, tape is watched and rewatched, players are interviewed, All-Star games are played, medical exams are performed, and prospects are measured.

And as boards are shuffled and reshuffled we will get a steady stream of mock drafts. Most of them are just ways of examining player stock and team need, but some do offer insight gleaned from conversations with NFL sources. Those are the ones we will try to pass along, and this two-round mock draft from Dane Brugler of The Athletic (subscription required) is one of those.

The Giants missed out on a chance to draft Young at No. 2 with their Week 16 win against the Redskins, but they are still in a great position at No. 4. Last year’s top-10 pick, Daniel Jones, had a promising rookie campaign at quarterback, but New York must invest in protection to aid his development in Year 2. New head coach (and former Alabama assistant) Joe Judge will receive plenty of intel from his friends in Tuscaloosa on Wills, my top-ranked tackle in the draft.

Raptor’s Thoughts: This draft is shaping up to be an interesting litmus test for the Giants. We could see Dave Gettleman do something he has never done — draft an offensive lineman (and a tackle in particular) highly, or trade back. Or we could see him stick to his tendencies and draft an offensive skill position player like Jerry Jeudy or CeeDee Lamb, or a defensive tackle like Derrick Brown.

In this case Brugler projects the Giants to take Alabama right tackle Jedrick Wills with the fourth overall pick. Knowing the way this mock draft plays out, this is probably the best pick. Brugler has six offensive tackles being drafted in the first round, and four going in the first 12 picks. That seems unlikely to me, but we’ve seen runs on deep positions before. If we see a “normal” number of tackles drafted in the first round, there is a good chance of getting a “blue chip” tackle a bit later in the first or a “first round” caliber player at the top of the second.

I think come April the “computer folks” would be advising the Giants to take any reasonable offer to trade back, particularly if each of the three potential “OT 1” prospects do grade out similarly. They could get an equivalent (or maybe even the same) player at 9th overall as 4th and be able to address more positions.

In the second round Brugler gives the Giants Penn State EDGE Yetur Gross-Matos. Gross-Matos should be a fine value at the top of the second round and fills a glaring need for the Giants. He’s a bit of an unfinished product, but he has the tools to grow into a high-ceiling pass rusher at the next level. It will be interesting to see how Gross-Matos’ flexibility, agility, and explosiveness stack up to leaner players like K’Lavon Chaisson, Terrell Lewis, Julian Okwara, or Darrell Taylor at the 2020 NFL Scouting Combine.

[UPDATE] Shortly after this was published, Gross-Matos was named in a lawsuit filed by a former Penn State player against head coach James Franklin. The lawsuit alleges that Franklin ignored violent, sexual hazing on Penn State’s football team, and identifies Gross-Matos as one of the leaders in the hazing. At this point this is just an allegation, but the situation does bear watching, both for Penn State and from an NFL perspective.