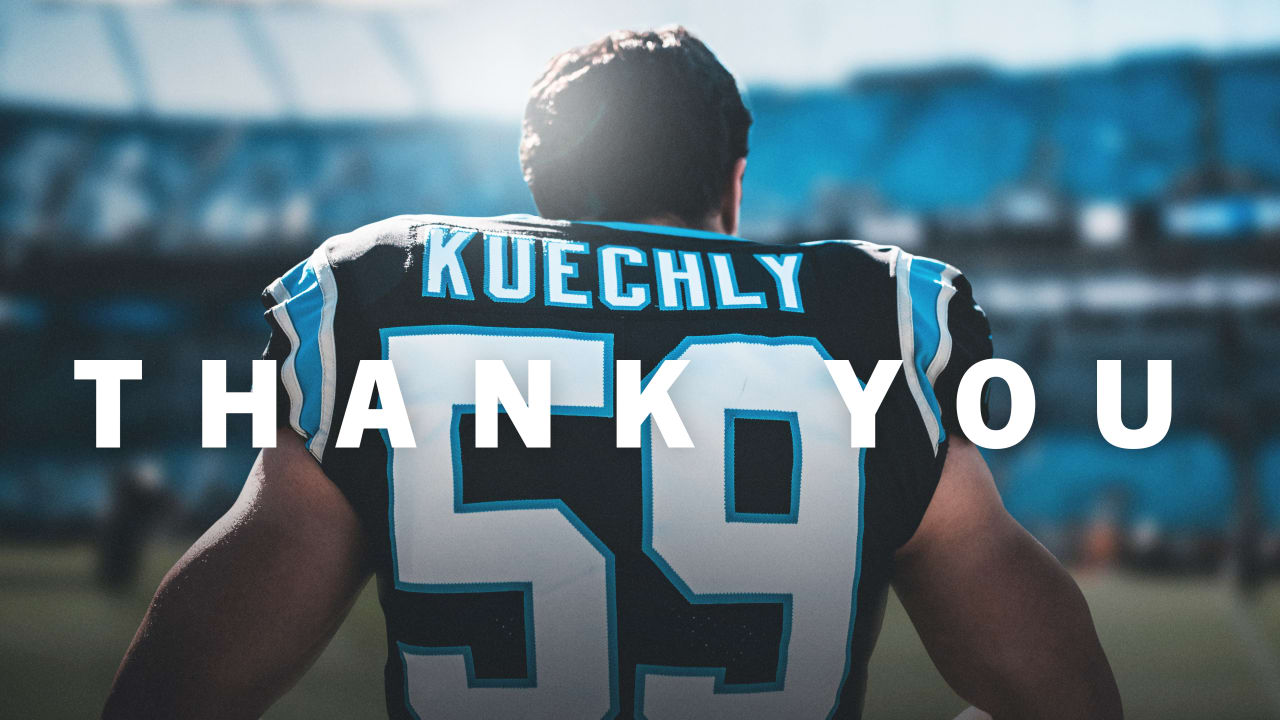 The 28-year-old tackling machine and the face of the Panthers defense just finished his eighth NFL season. Unquestionably, he’s one of the greatest players to ever wear a Carolina uniform and one of the best linebackers the game has ever seen.

“Beyond his extraordinary performance on the field, Luke has had a tremendous impact on this organization and region,” owner David Tepper said. “In my two seasons with Luke, I quickly recognized how special of a person he is. The respect he gives and garners from others as well as the positive impact he has on his peers is second to none. It’s obviously going to be very difficult for all of us because we know that no player can replace what he’s been for this organization for the last eight years. His presence can’t be replicated.”

He finishes his career with 1,092 tackles, the most in the NFL since he entered the league. His 18 interceptions are most by a linebacker since 2012 and third-most in franchise history. His 75 tackles for loss are tied for fifth among linebackers over that span.

He was part of three teams that claimed the NFC South title (2013-15), and he helped get the Panthers to their second Super Bowl appearance in franchise history in 2015. He returned an interception back for a touchdown in the divisional matchup against Seattle and the conference championship game versus Arizona — two plays that will forever live in Panthers lore.

“While I wish we could have him for many more years, he has done everything the right way and we respect the decision that he’s made,” Tepper said. “Luke is a once-in-a-generation player and someone we want every member of this organization to emulate.”