Nancy Pelosi gambled and lost on the impeachment delay – CNN 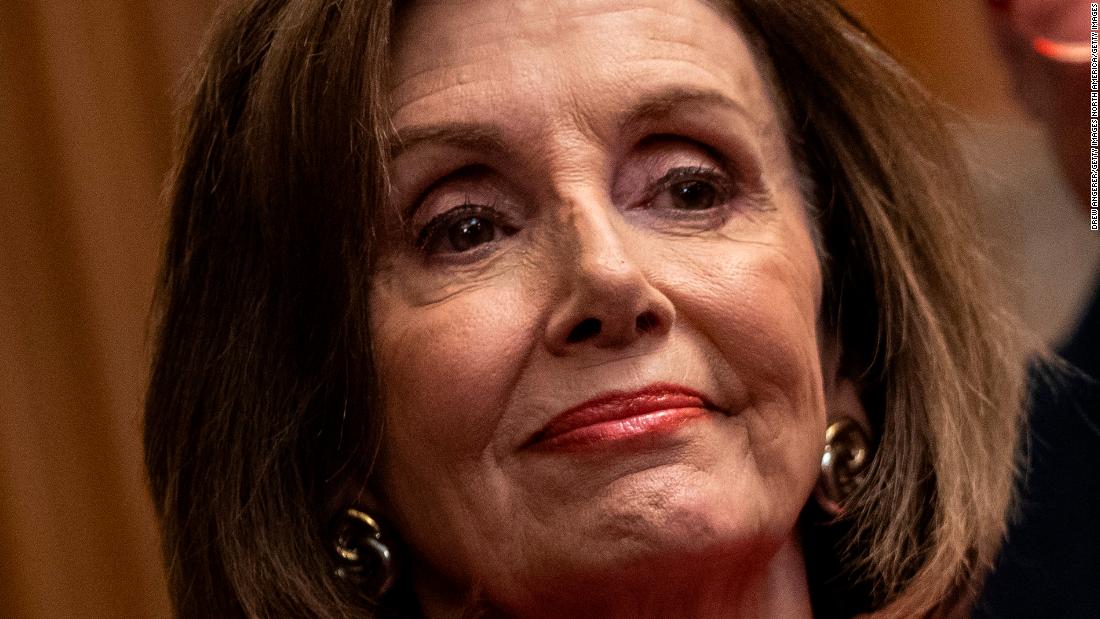 When the House passed the two articles of impeachment against Trump — one for abuse of power, the other for obstruction of Congress — in mid-December, Pelosi pointedly refused to transmit the articles to the Senate. In explaining that move,

she said this at the time:

“The next thing for us will be when we see the process that is set forth in the Senate, then we’ll know the number of managers that we may have to go forward and who we will choose.”

Pelosi’s goal was simple: To try to force Senate Majority Leader Mitch McConnell’s hand. Pelosi wanted to use her possession of the articles of impeachment to yield promises and/or compromises from McConnell — most notably on the issue of witnesses being allowed to be called in the Senate trial.

Except that McConnell wasn’t playing ball.

“There will be no haggling with the House over Senate procedure,”

. “We will not cede our authority to try this impeachment. The House Democrats’ turn is over. The Senate has made its decision.” And McConnell backed up that no-negotiation position with a show of force: Announcing that he had

secured the support of a majority of the Senate

to begin the impeachment trial without any decision on witnesses.

Which left Pelosi hung out to dry. The leverage she imagined she possessed to get McConnell to accede to her wishes didn’t exist. McConnell was perfectly happy waiting while Pelosi held on to the articles of impeachment, probably believing rightly that these sorts of delaying tactics would look like just more Washington funny business to the average person. And he knew that whenever she decided to send the articles over, he had a majority waiting to open the trial without any promises made on witnesses.

over the weekend, Pelosi sought to spin her way to victory in the face of her concession. Said Pelosi:

“I have always said I would send them over. So there shouldn’t be any mystery to that. What we did want, though, and we think we accomplished in the past few weeks, is that we wanted the public to see the need for witnesses, witnesses with firsthand knowledge of what happened, documentation which the President has prevented from coming to the Congress as we review this.”

And, at least at the moment, there does appears to be some momentum for allowing witnesses to be called, with

four Republican senators expressing their interest in that idea

. But it feels like a stretch to credit how those Republican senators are viewing impeachment with Pelosi’s decision to hold up the articles for the past month. A

That, plus McConnell’s remarkable ability to keep his 53 Republican senators in line, led to Pelosi being left holding not much of a hand. The move she announced Tuesday is the equivalent of throwing her hand in, understanding that what she was holding was, in a word, dreck.