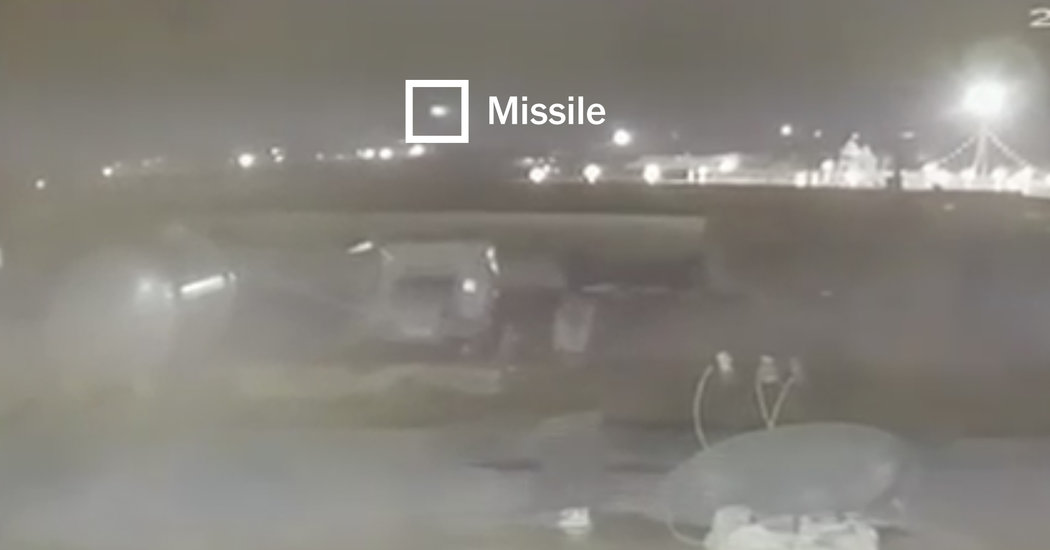 The New York Times has verified security camera footage on Tuesday that shows, for the first time, that two missiles hit Ukraine International Airlines Flight 752 on Jan. 8. The missiles were launched from an Iranian military site around eight miles from the plane.

The new video fills a gap about why the plane’s transponder stopped working, seconds before it was hit by a second missile.

An earlier Times analysis confirmed what Iran later admitted: that an Iranian missile did strike the plane. The Times also established that the transponder stopped working before that missile hit the plane. The new video appears to confirm that an initial strike disabled the transponder, before the second strike, also seen in the video, around 23 seconds later.

Neither strike downed the plane immediately. The new video shows the airliner on fire, circling back toward Tehran’s international airport. Minutes later it exploded and crashed down, narrowly missing the village of Khalaj Abad, an earlier Times video reconstruction, below, shows.

The Times has confirmed that the new video was filmed by a camera on the roof of a building near the village of Bidkaneh, four miles from an Iranian military site. Amir Ali Hajizadeh, commander of the Islamic Revolutionary Guards Corps’ airspace unit, said that missiles were launched from a base near there.

The new video was uploaded to YouTube by an Iranian user around 2 a.m. on Tuesday.

This is a developing story. Check back later for more details.