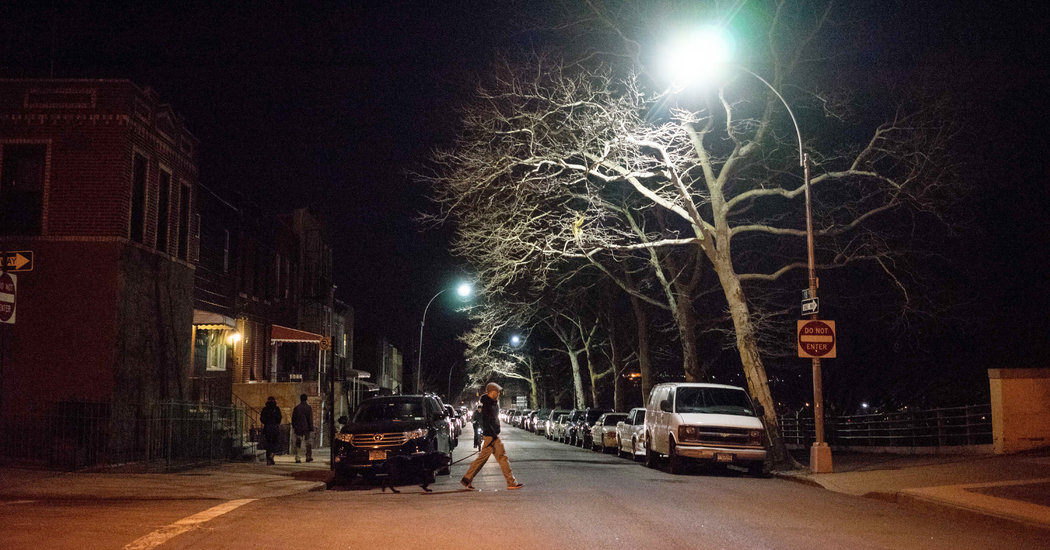 An off-duty Secret Service agent shot and killed a dog that he told the police had charged at him while he was walking in Brooklyn on Monday night, officials said.

“The dog charged him,” Sergeant O’Donnell said. “He let one round go. He killed the dog.”

The shooting happened at around 9:45 p.m. in Windsor Terrace, a largely residential neighborhood sandwiched between Prospect Park and Green-Wood Cemetery, the police said.

Walker Blankinship, 51, the manager of nearby Kensington Stables, said he was relaxing outside the stables when the gun went off.

“I heard the gunshot, and then I heard a guy arguing, cursing and carrying on,” Mr. Blankinship, 51, said on Tuesday. “I just thought it was local people having an argument.” He added that he heard the man say, “I can’t believe you let it go off.”

Mr. Blankinship said he had seen the dog, which he described as a small or medium-sized brown dog, and its owners in the neighborhood but did not know them personally.

Adelaide Gaughran-Bedell, 20, said she saw the dog lying lifeless on the sidewalk and then saw it again later, covered with a white cloth.

“I was a bit confused, because there were tons of policemen on our block but no one was getting arrested or questioned,” Ms. Gaughran-Bedell, whose family lives in the area, said. “Instead, they all seemed to be looking to de-escalate the situation and pacify the owner.”

As news of Tuesday’s confrontation spread, many people expressed their outrage and horror at the dog’s killing on social media.

The off-duty Secret Service agent reported the shooting to the police and remained at the scene, Sgt. O’Donnell said.

As of Tuesday morning, the police had not released the agent’s name. It was unclear what his assignment was or where he worked.

A police spokesman also declined to provide more information about the breed of dog that was killed or whether it had been on a leash, referring questions to the Secret Service.

In a statement on Monday night, the Secret Service said that the dog had been unleashed and that the agency would conduct an investigation. On Tuesday morning, a spokesman said that the dog was “an unrestrained and aggressive canine.”

A photo published by The Daily News showed the dog, which it identified as a female Belgian Shepherd, under a sheet at the crime scene. A leash can be seen, partially covered by the sheet.

In 2018, New York City police officers shot their firearms at dogs four times, according to the Police Department’s annual use of force report. One incident involved an off-duty officer in Brooklyn.

All four shootings involved aggressive dogs advancing on or attacking officers or other people, the report said. Two dogs were killed, one was injured and two were unharmed.

It was not clear how many dogs were killed by law enforcement officers every year nationwide; neither the F.B.I. nor the Justice Department collect national data. At least six states require officers to be trained to recognize canine behavioral patterns and to properly handle encounters with dogs.

In 2011, a report by the Justice Department said that the majority of officer-involved shooting incidents in the United States involved animals, most commonly dogs.

In a guide for law enforcement officials, the department’s Office of Community Oriented Policing Services described the problem of dog shootings as “multifaceted,” in part because they get so much attention on social media.