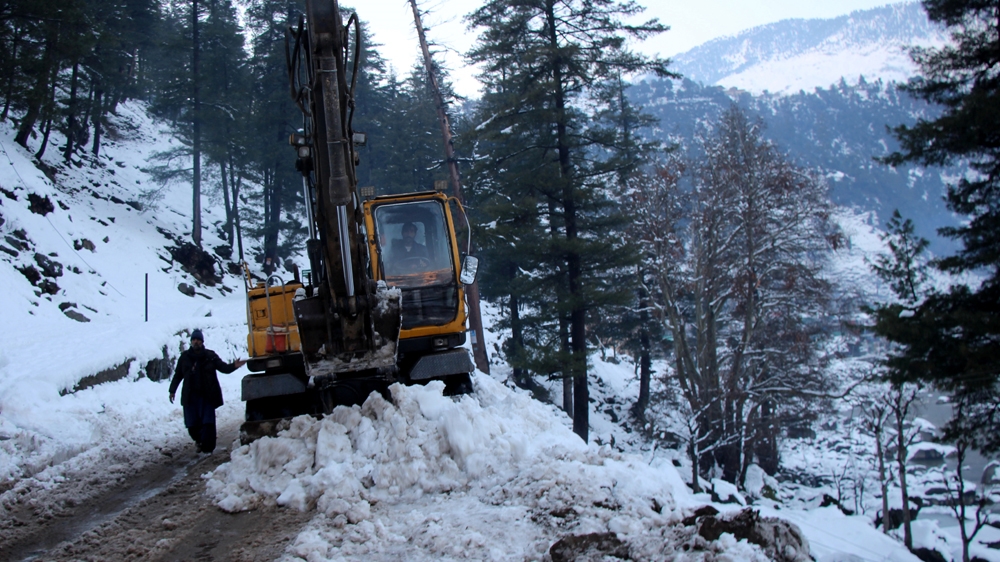 A 12-year-old girl was found alive after she was buried under snow for 18 hours when an avalanche in Pakistan-administered Kashmir engulfed the family house.

Samina Bibi recalled screaming and shouting for help as she lay trapped in a room under the snow.

“I thought I would die there,” she told Reuters news agency from a hospital bed in Muzaffarabad, where she and dozens of other injured people were receiving treatment after being airlifted out of the avalanche area.

Rescuers have been racing against time to reach scores of people believed still to be trapped inside their homes, buried under avalanches triggered by heavy snowfall.

The worst affected area was Kashmir’s Neelum Valley, where the 21 bodies were retrieved, said Ahmad Raza Qadri, a minister for disaster management.

He said that since Sunday, 76 people have been killed in Pakistan-administered Kashmir in weather-related incidents.

For Samina’s mother, Shahnaz Bibi, who lost a son and another daughter, the rescue was nothing short of a miracle. After being pulled out of the snow earlier, Shahnaz said she and her brother, Irshad Ahmad, had given up hope of finding Samina alive.

Samina said she could not sleep while she waited to be rescued. Her leg was fractured and blood was oozing from her mouth.

“We didn’t hear a rumble,” Shahnaz said, recalling the moments before the avalanche buried the three-floor house where she and her family were sheltering with others from the village. At least 18 of them died.

Samina and her family were huddled around a fire when the avalanche hit. “It happened in the blink of an eye,” said Shahnaz.

Pakistan’s National Disaster Management Authority said the total number of deaths in snow-hit areas across the country over the past couple of days was now 100.

More heavy snowfall is expected in the region from Friday.

In neighbouring Afghanistan, the situation was returning to normal on Wednesday, following days-long heavy snowfall, rains and flash floods that killed 39 people and damaged about 300 homes since Sunday.