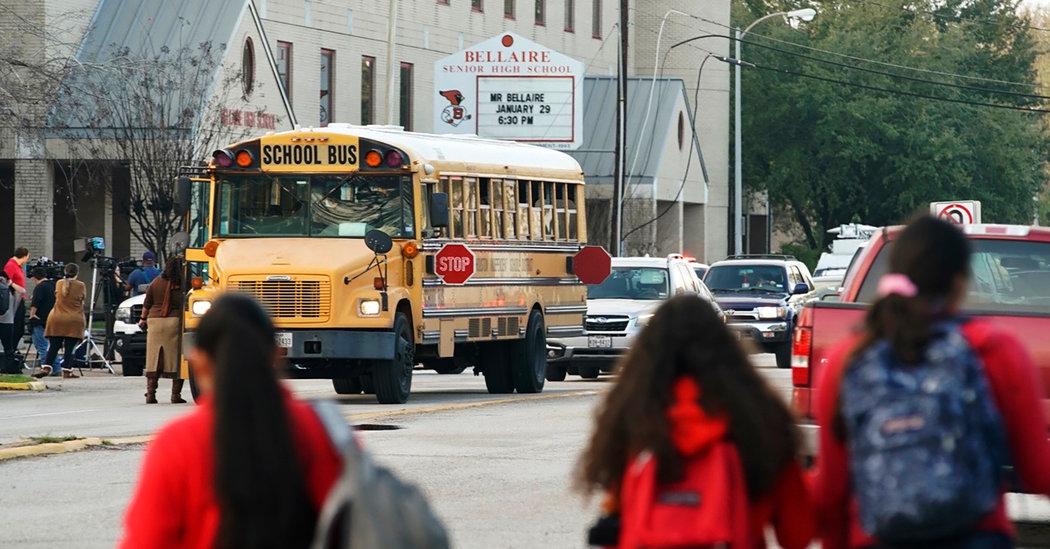 A teenager was shot and killed outside a Houston-area high school on Tuesday afternoon, and the authorities said that a suspect and another person were later arrested without incident.

The encounter happened around 4 p.m., just as classes were ending at Bellaire High School, which is in southwestern Harris County and part of the Houston Independent School District.

The authorities did not immediately release the name of the student who was killed. Information about the two people arrested was not immediately available from the police.

“It’s utterly shocking in a community like ours,” Mayor Andrew S. Friedberg of Bellaire said on Tuesday night. “We enjoy the safety that comes with living here. We’re very family-oriented.”

Mr. Friedberg said that as a parent it “shakes us to our core” to explain the shooting to children in the community. It was not immediately clear if it was a targeted shooting.

Grenita Lathan, the school district’s interim superintendent, confirmed the student’s death during a news conference on Tuesday night. She did not release further details about the shooting.

“In this time of sadness and loss, I want to assure you that we will have grief and crisis counselors available on campus tomorrow and as long as needed to offer our students and staff emotional support,” the school district said in a statement. “We will also have extra officers on campus and patrols around the campus in addition to extra administrative personnel to ensure the school is safe and secure.”

The Bellaire Police Department said it was not immediately prepared to comment on the situation.