The ingredients for life on Earth may have been delivered by comets, study says – CNN 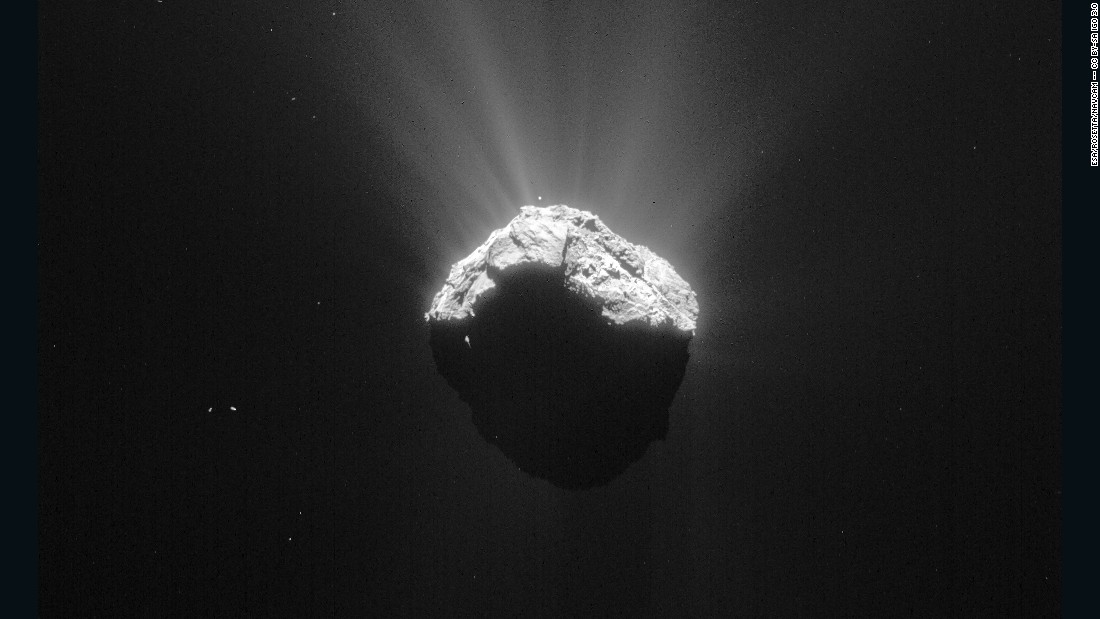 “Life appeared on Earth about 4 billion years ago, but we still do not know the processes that made it possible,” said Víctor Rivilla, lead study author and researcher at the Arcetri Astrophysical Observatory, part of Italy’s National Institute for Astrophysics.

In order to determine how phosphorus arrived on Earth, scientists needed to retrace its journey back through space. Two tools enabled the search: the Atacama Large Millimeter/submillimeter Array of telescopes in Chile and the European Space Agency’s Rosetta spacecraft.

The telescope array, known as ALMA, was able to peer into a region of star formation called AFGL 5142. In this region, stars are born from massive clouds of gas and dust — and it’s here that some of the key building blocks of the solar system, as well as life, can be found. Using the telescope array, astronomers spotted the origin of molecules like phosphorus monoxide.

The molecules containing phosphorus are made in the wake of massive stars as they form. Young stars release gas flows that carve pathways through clouds in interstellar space. Phosphorus builds up on the walls of these pathways as the stars release radiation, and phosphorus monoxide is created in abundance.

After launching in March 2004, the Rosetta mission embarked on a 10-year journey to reach comet 67P/Churyumov-Gerasimenko. Rosetta orbited the comet for two years beginning in 2014, studying its surface. Once it ended, the mission ultimately crashed into the comet’s surface as intended.

Rosetta and its ROSINA instrument, the Rosetta Orbiter Spectrometer for Ion and Neutral Analysis, detected phosphorus in a haze around the comet. But at the time, the scientists weren’t sure how phosphorus got there in the first place.

A fellow astronomer with ALMA approached Kathrin Altwegg, the principal investigator for the ROSINA instrument and co-author of the new study, with the suggestion of the molecule.

“She said that phosphorus monoxide would be a very likely candidate, so I went back to our data and there it was!” Altwegg said.

Not all of the phosphorus monoxide is used to form stars, so the leftover molecules can freeze and wind up trapped in frozen dust grains swirling around a forming star. These grains grow to become rocks and icy comets, which then act as messengers.

“The combination of the ALMA and ROSINA data has revealed a sort of chemical thread during the whole process of star formation, in which phosphorus monoxide plays the dominant role,” Rivilla said.

Astronomers were able to trace and connect the path from star-forming regions where the phosphorus monoxide molecule is formed to comets — and then, ultimately, to Earth.

“Phosphorus is essential for life as we know it,” Altwegg said. “As comets most probably delivered large amounts of organic compounds to the Earth, the phosphorus monoxide found in comet 67P may strengthen the link between comets and life on Earth.”