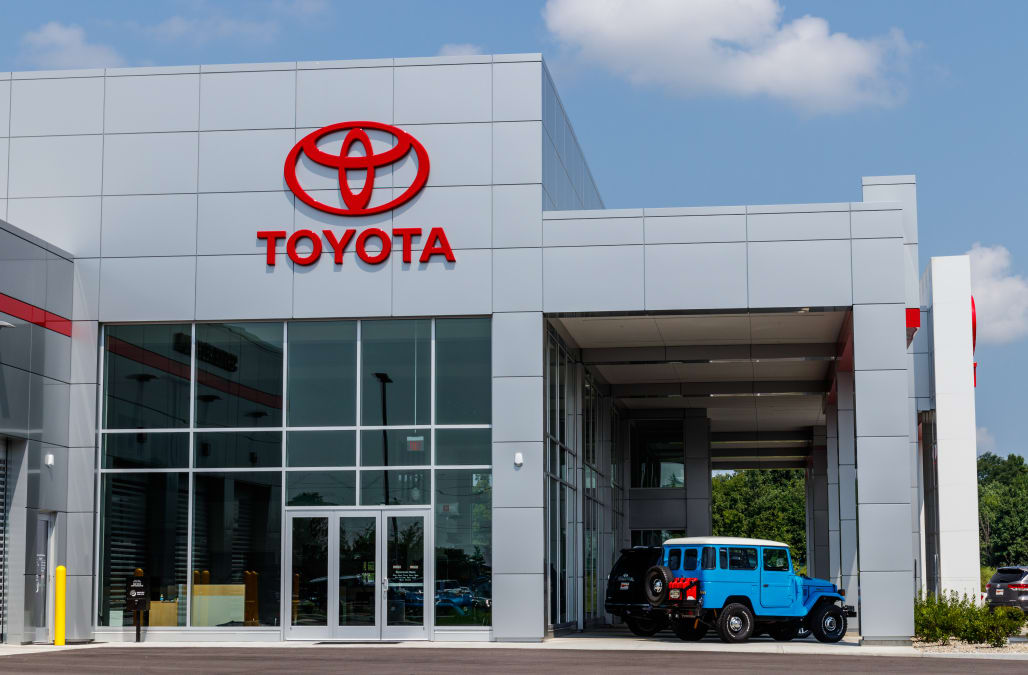 (AP) — Toyota is recalling nearly 700,000 vehicles in the U.S. because the fuel pumps can fail and cause engines to stall. That can increase the risk of a crash.

Toyota is still developing repairs. Owners will be notified by mail in mid-March.

History of Toyota, through the years

History of Toyota, through the years

APR 14 1981, APR 17 1981; The Toyota diesel pickup, introduced last month offers a quick-start feature that requires only a six-second wait preheat the combustion chambers during a cold start. Base price for the new little truck is $7,218, plus options. Fuel mileage checked out at 27 mpg in stop-and-go driving and 38 on the open road.; (Photo By Bud Wells/The Denver Post via Getty Images)

CANADA – MAY 30: Winning ways: The third generation Camry’s rounded looks and robust mechanicals have launched this midsizer on a sales roll. The well planned instrument panel offers large dials with clear graphics. The car is available with two engines – a 2.2 L four or 3 L V-6. In most driving; it’s tough to tell the difference; Jim Kenzie says. (Photo by Bernard Weil/Toronto Star via Getty Images)

377387 02: Toyota Motor Co. Chairman Hiroshi Okuda sits inside Toyota’s new ‘Celsior’ August 31, 2000 at a press viewing in Tokyo. The new Celsior offers the ample power performance required of top-class luxury car and supplements this with outstanding handling and driving stability. It has been designed for extreme dependability under a variety of conditions. (Photo by Koichi Kamoshida/Liaison)

MIAMI, FL – NOVEMBER 09: 2012 Toyota Camrys are seen on a sales lot on November 9, 2011 in Miami, Florida. Toyota Motor Corp. issued a recall for about 550,000 vehicles worldwide after the company announced the vehicles being recalled may have a problem that affects steering. The auto maker announced the recall for vehicles that include certain models of the 2004 Avalon along with the 2004 and 2005 Camry, Highlander, Sienna, and Solar as well as the 2006 Highlander Hybrid version. Also being recalled are some Lexus models that include the 2004 and 2005 ES330 and RX330 and the 2006 RX400h. (Photo by Joe Raedle/Getty Images)

More from Aol.com:
Lush Cosmetics debuts raunchy, NSFW Instagram ad that will make you want to take a (cold) shower
Musk nears $346 million payday as Tesla market value soars
Luggage startup Away is bringing back its former CEO and disputing reports about its toxic work culture and Slack messages that created a backlash online