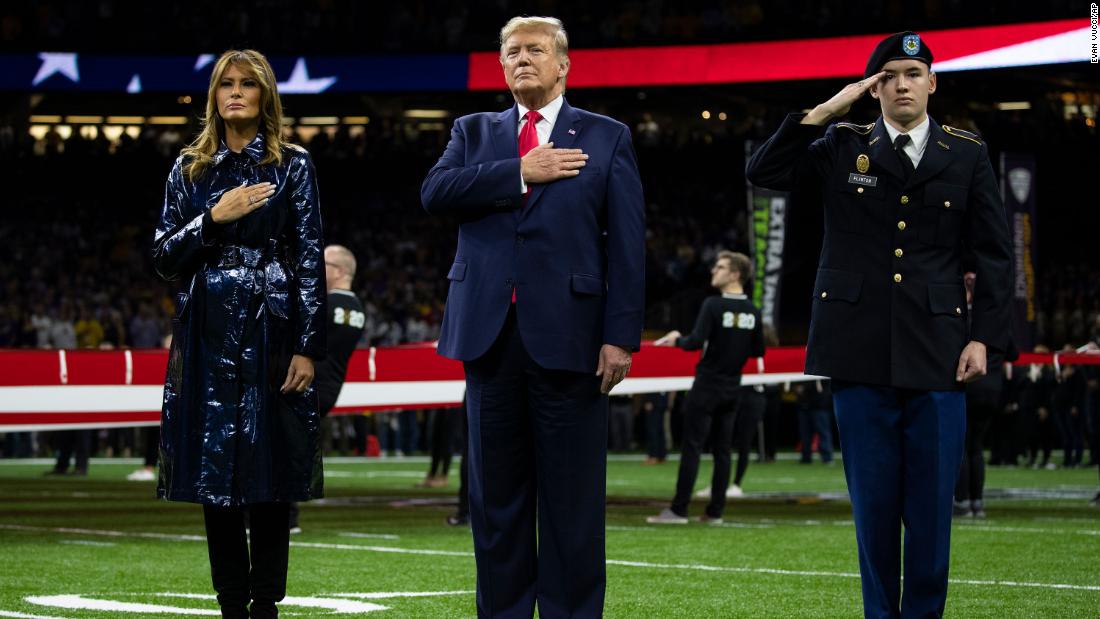 The President and first lady Melania Trump were greeted by fans at the Louisiana State University and Clemson University of South Carolina game in the Superdome by chants of “USA, USA!” and “Four more years!” when they walked onto the field before heading to a private box.

In November, Trump was similarly

to an enthusiastic reception when he attended another LSU game against Alabama. The commander-in-chief also got a similar welcome during last month’s Army-Navy football game.

has attended several professional sports games since the fall

, just as the prospect of his impeachment by Congress became a reality. Not every group of sports fans has given him the same warm welcome from the stands during these last few months, illustrating political differences across the country.

At Game Five of the Major League Baseball World Series last year, Trump was met with booming jeers across Nationals Park in Washington when his image was beamed onto the big screen.

Surrounded by his Republican allies in a box suite at the time, Trump was said not to have noticed.

And as Trump sat ringside at an Ultimate Fighting Championship match, a mix of boos and cheers echoed throughout Madison Square Garden in Manhattan.

Trump, however, said the atmosphere was akin to that of a Trump rally.

Despite the mixed reception from sports fans, the Trump campaign is still attempting to recruit them into their voter base. The campaign made

during the upcoming Super Bowl