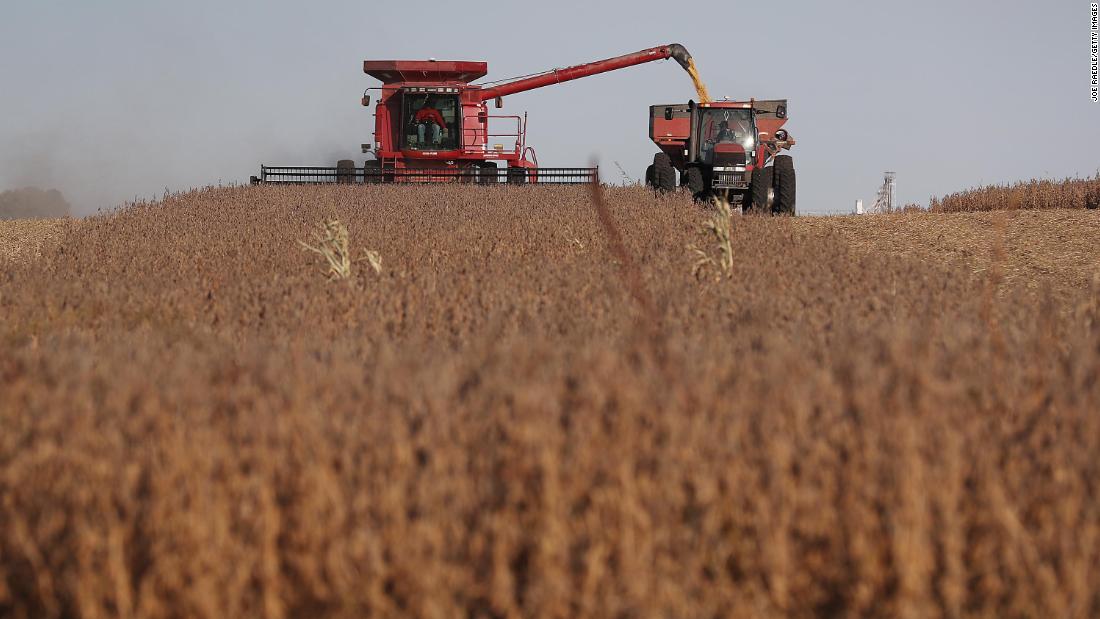 US taxpayers have spent about

, including payments to trade groups and purchases from food banks.

The pause in the trade war gives

Trump something concrete to offer farmers

, a crucial element of his Midwestern firewall, heading into the 2020 election.

“Together we are righting the wrongs of the past and delivering a future of economic justice and security,” Trump said from the East Room of the White House.

“Most people thought this could never happen,” he said.

Trump said he’d visit China in the “not too distant future” to reciprocate a visit to Washington from China’s top trade negotiator.

In a letter, China’s President Xi Jinping told Trump that the agreement was a sign their two countries could resolve differences through dialogue.

The letter, which China’s vice premier and top negotiator Liu He read aloud in the East Room during the trade signing event, struck an optimistic tone about the future of Washington-Beijing ties.

The deal, Xi wrote, was “good for China, the US and the whole world.”

Saying he would remain in “close touch” with Trump, Xi said he hoped the US would treat Chinese companies fairly.

Under the agreement, China has promised to buy an additional $12.5 billion in US agricultural products in year one, and then $19.5 billion year two. Those commitments come atop roughly $24 billion in farm purchases that China made in 2017, before the trade war started.

“China was once the largest market for U.S. agricultural products but has dropped to fifth largest since retaliatory tariffs were introduced. This agreement will help turn around two years of declining agricultural exports,” he said in statement.

package that includes manufactured goods and energy exports. The deal will take effect 30 days after signing.

“Are we an ideal spot? No,” Lighthizer told reporters at the White House before the signing. “Is this a massively good first step? Yes.”

This is a breaking story and will be updated.