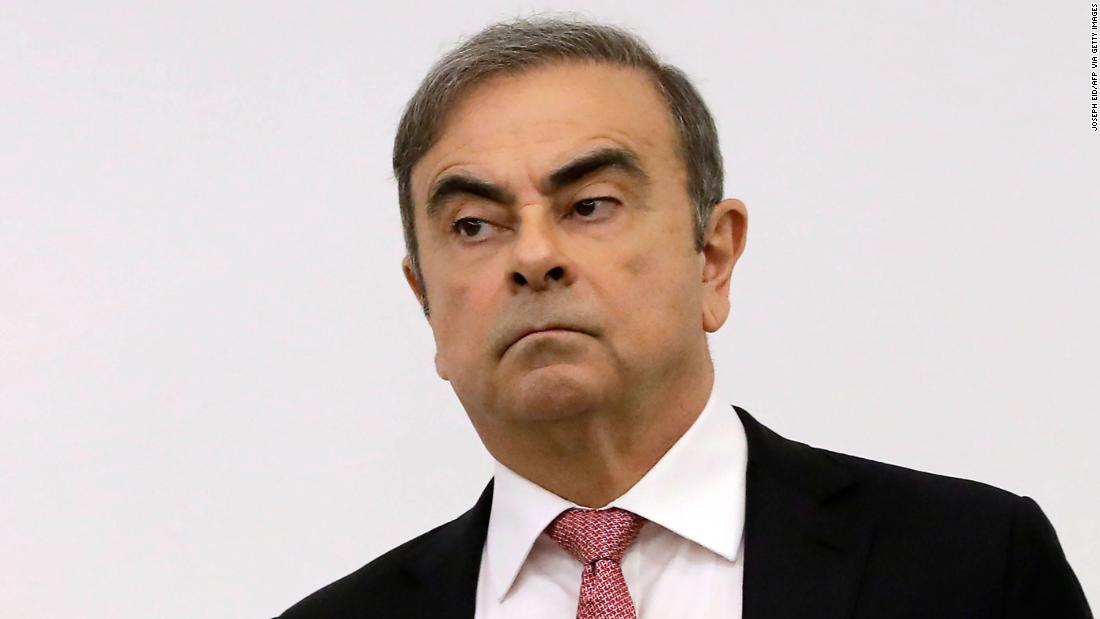 warned people not to get into, or let others get into, its cases to avoid “unfortunate accidents.”

have reported that Ghosn managed to sneak through a Japanese airport to a private jet that whisked him out of the country by hiding in a large, black music equipment case with breathing holes drilled in the bottom. CNN Business has not independently confirmed those details of his escape. The former

CEO had been out on bail

on charges of financial wrongdoing before making his

to Lebanon at the end of December. Ghosn has referred to his departure as an effort to “escape injustice.”

with CNN’s Richard Quest last week, Ghosn did not comment on the nature of his escape, saying he didn’t want to endanger any of the people who aided in the operation.

Ghosn did, however, respond to a question about what it felt like to ride through the airport in a packing case by first declining to comment but then adding: “Freedom, no matter the way it happens, is always sweet.”

in Lebanon ahead of the CNN interview last Wednesday, Ghosn’s first public appearance since fleeing Japan, Ghosn said he decided to leave the country because he believed he would not receive a fair trial,

a claim Japanese authorities have disputed.

Brands sometimes capitalize on their tangential relationship to big news in order to attract attention on social media.

Yamaha is one of Japan’s best known brands and Ghosn was one of Japan’s top executives before being ousted from Nissan — a match made in social media heaven. Not surprisingly, Yamaha’s post went viral on Twitter over the weekend.