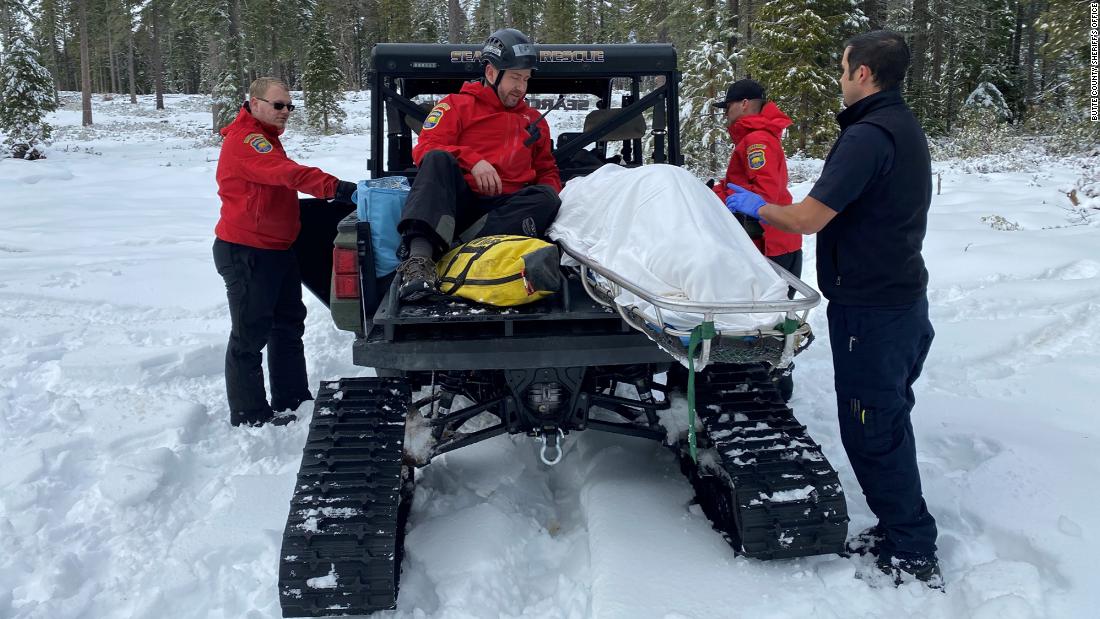 Paula Beth James, 68, was rescued after a search helicopter spotted her inside her Toyota 4Runner near the remote Butte Meadows, the Butte County Sheriff’s Office said. The vehicle was lodged in the snow. James is conscious, talking and being treated at Enloe Medical Center, a spokesperson with the sheriff’s office said.

“We are all grateful for this fortunate outcome and wish her a speedy recovery,” the sheriff’s office said.

Temperatures in Butte Meadows have reached the low 30 degrees this week, according to the National Weather Service Sacramento. Mountain travel around Butte Meadows has been highly discouraged by the NWS this week because a winter storm is expected to drop heavy snowfall.

Authorities say it is unclear how long James was in the area, but that she was visibly cold when two search and rescue authorities transported her to paramedics. James’ family told authorities she suffers from dementia.

“It just felt like we were doomed,” her stepdaughter, Laura Powell, told

. “So, it was just literally a miracle that those guys found her in just the nick of time.”

“I just am so thankful for the relief that everyone is going to have tonight knowing that she’s safe and warm and fed and we’ll get to bring her home soon,” she told the station.