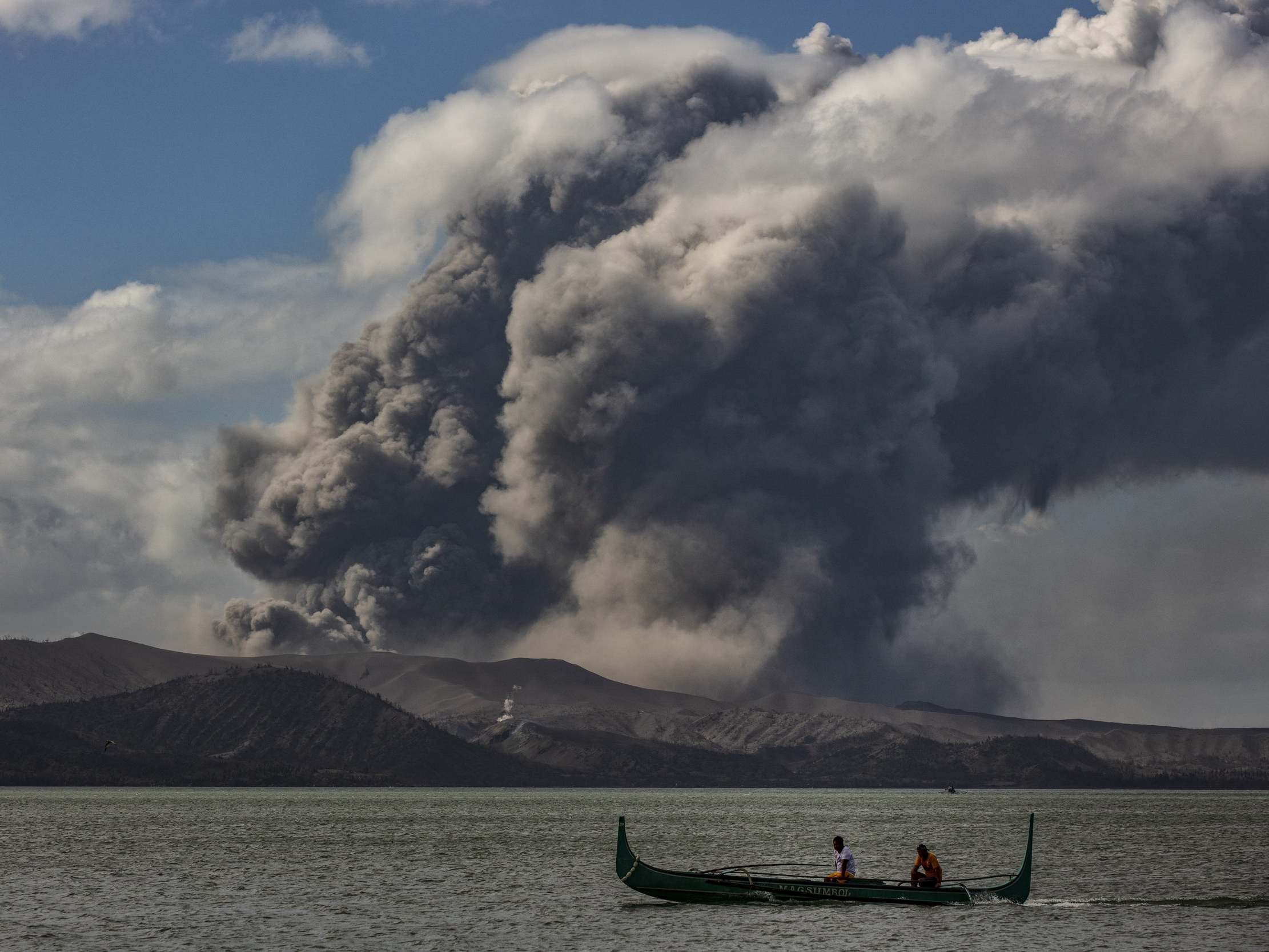 There is an “urgent need” for clean water, latrines and access to basic healthcare among the hundreds of thousands of people who have fled the volcano, said Jerome Balinton, humanitarian manager for Save the Children Philippines.

Mr Balinton said: “At least 300,000 people have been evacuated or displaced by the Taal volcano since Sunday, nearly half of them children, and we expect that number to rise. Entire towns and villages within the ‘danger zone’ have been abandoned and covered in hazardous volcanic ash. With the volcano island now declared a ‘no-man’s land’ by president Rodrigo Duterte, some 1,000 people who call it home may never be able to return.

“The sudden displacement of so many people is putting enormous strain on host communities. Many families are staying with friends or relatives while others are seeking refuge in cramped and unsanitary evacuation centres where the risk of disease is high, especially among children. There is urgent need for clean water, latrines and access to basic healthcare.

“Meanwhile, the volcano continues to erupt with scientists warning that the biggest eruption may be yet to come. Entire communities, many of whom rely on tourism, have already been devastated, forced from their homes and now robbed of their livelihoods.

“The children we’ve spoken to tell us that missing out on school is one of their biggest concerns. Save the Children is setting up two Child-Friendly Spaces in the affected areas staffed by childcare professionals, where children can learn and play while receiving emotional support to help them cope with their distress. We will also begin distributing sleeping mats, blankets, mosquito nets and other vital household items to displaced families.”